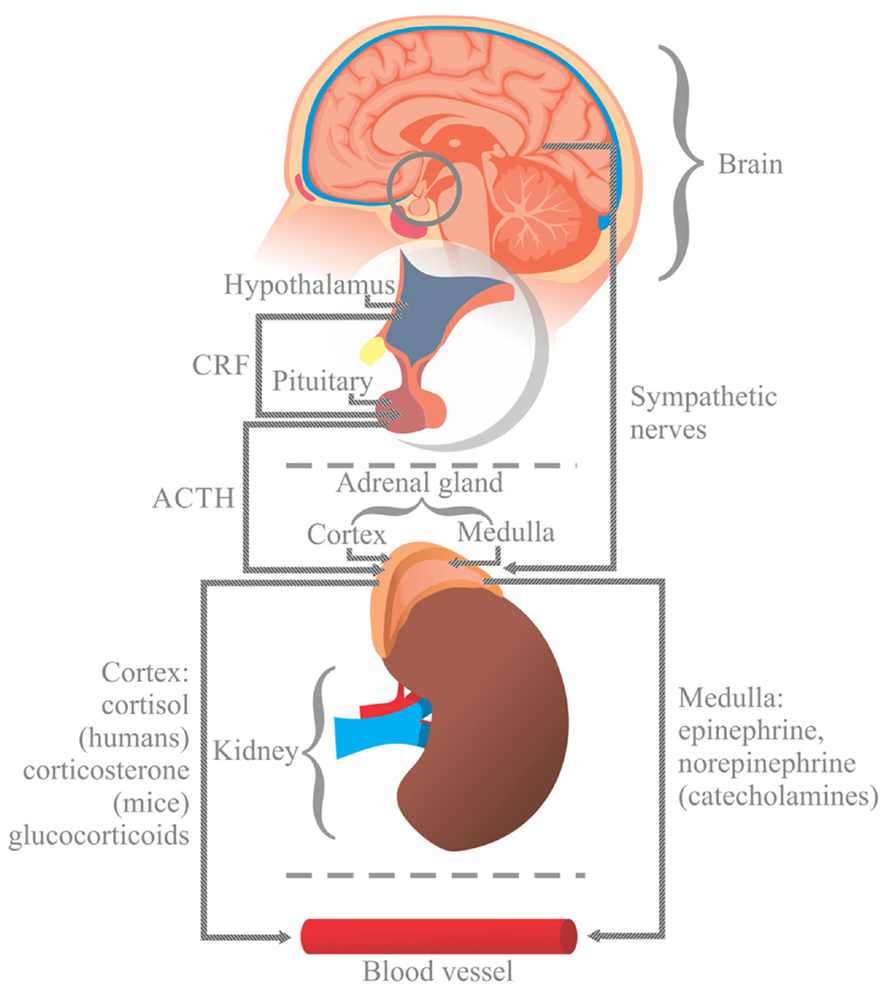 (Image credit: Campos-Rodríguez R, Godínez-Victoria M, Abarca-Rojano E, Pacheco-Yépez J, Reyna-Garfias H, Barbosa-Cabrera RE, Drago-Serrano ME [CC BY 3.0 (http://creativecommons.org/licenses/by/3.0) ], via Wikimedia Commons)​
Spanish researchers have studied the relationship between hormones and aggressive behaviour in girls and boys between the ages of eight and ten. The results, published in the American Journal of Human Biology, confirm that the subjects who experienced the greatest increase in levels of aggression by ten years of age were those whose cortisol levels had also increased during those two years.

Boys and girls undergo several physical and emotional changes during childhood. In fact, aggressive behaviour can be observed throughout an individual's entire lifetime. A new study has analysed the effects of hormones on this behaviour that can arise in boys and girls between eight and ten years of age.

The purpose of this study was, on one hand, to examine whether there were any differences in aggressive behaviour in either girls or boys over the course of the two years. The study's other purpose was to consider, in the event that a behavioural change was observed, whether this change in behaviour could be explained by a hormonal change.

The authors, among them Eider Pascual-Sagastizabal, a researcher at The University of the Basque Country, measured the levels of three steroid hormones: testosterone, estradiol and cortisol. The results demonstrated that there was indeed a change in the levels of aggressive behaviour.

"This only occurred in boys: at ten years of age they were more aggressive than at eight years of age. The girls, nevertheless, did not experience any changes to their levels of aggression during these two years" explains Pascual-Sagastizabal to Sinc.

The experts analysed whether changes in any of the hormones that were measured were associated with the change in aggressive behaviour that occurred between these two ages. They discovered that the subjects whose levels of aggression had increased most by the age of ten were those whose levels of cortisol had also increased over the two years.

The researchers conclude that this study may aid in a greater understanding of the biological mechanisms underlying aggression by providing further information on the different effects that hormones can have on aggressive behaviour in school-aged children depending on the type of hormone and the sex of the chid.

90 children (49 boys and 41 girls) from four primary schools participated in this study which was limited by the fact that the sample size is not representative.

"The purpose of our research was not to seek out a representative sample size, but rather to study the relationship between hormones and behaviour in a semilongitudinal study in a sample size from the ages of eight to ten. In these types of cases it is quite difficult to work with very large sample sizes", highlights the researcher.

Experts in this field are well aware of the difficulties that these types of studies pose. "The non-representativeness of the sample size does not interfere with the accuracy of the study", points out Eider Pascual-Sagastizabal. "Now, of course, further research is needed to corroborate our findings", she concludes.