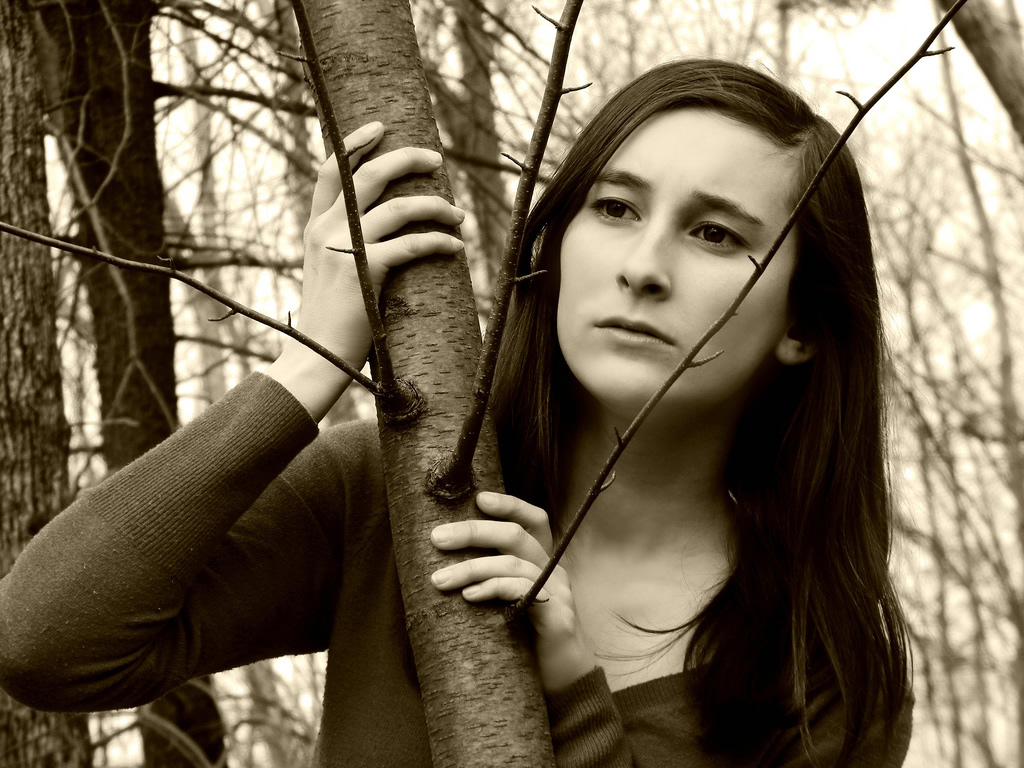 (Photo credit: martinak15 via flickr, cc 2.0) ​
Even the rare invitation to a social event is likely to be met with suspicion, study finds

For chronically lonely adolescents, even the rare invitation to a social event is likely to be met with suspicion: "It's not that I'm worthy, I just got lucky," they'll tell themselves.

And when not included in a gathering of peers, the chronically lonely teen will attribute it to some personal flaw.

A collaborative study by researchers from Duke University, the University of Leuven (Belgium), and Ghent

University (Belgium) investigated whether the interpretations and emotions triggered when adolescents are included and excluded by peers differed between chronically lonely adolescents and adolescents with a more positive social history. The study, published in the November issue of the Journal of Personality and Social Psychology, involved 730 adolescents in Belgium.

The researchers charted individual trajectories of loneliness based on four annual questionnaires. They found that most adolescents did not experience high levels of loneliness or if they did it was not long-lasting, but they also found a small subgroup of adolescents felt lonely year after year. These chronically lonely individuals may respond to social situations in ways that perpetuate rather than reduce their loneliness, the researchers said.

"Chronically lonely adolescents seem to interpret social inclusion and exclusion situations in a self-defeating way," said first author Janne Vanhalst of University of Leuven, who was a visiting scholar in the Department of Psychology & Neuroscience at Duke during various phases of the research.

"These self-defeating interpretations not only make them feel worse after being socially excluded, but also less enthusiastic when being socially included," Vanhalst said. "Therefore, loneliness interventions should try to change the ways adolescents think and feel about social situations, to break the vicious cycle of chronic loneliness."

The study focused on loneliness in late adolescence (ages 15 to 18 when data collection began), because this developmental period is characterized by many changes in social expectations, roles and relationships, researchers said. This is also when adolescents spend increasingly more time with peers and they develop more stable and intimate peer relationships.

Part of the study presented short scenarios involving social inclusion and social exclusion, asking participants to rate what they would think and how they would feel if they were really in those situations.

Examples of the scenarios included:

-- "A new lunch place opened in town, and they are giving away free sandwiches today. Some of your classmates are going there for lunch and they ask you if you want to join them" (social inclusion situation).

The researchers found that chronically lonely adolescents reported experiencing more negative emotions (including sadness, disappointment, anger, jealousy, offense, anxiety and insecurity) in response to social exclusion, and were more likely to attribute social exclusion to their own personal characteristics.

These findings show that chronically lonely adolescents respond to social situations in ways that may perpetuate rather than help relieve their feelings of loneliness. Although these adolescents may want to be more socially integrated, their thoughts and feelings may get in the way when it comes to taking advantage of opportunities for social inclusion.

Furthermore, these adolescents seem to take social exclusion especially hard, blaming the exclusion on their own personal failure and experiencing more negative emotion in response to exclusion.

"These findings show us that adolescents with a history of chronic loneliness seem to be responding to social situations in ways that may perpetuate their loneliness," said Molly Weeks, a co-author of this study, and a research scientist in the Department of Psychology & Neuroscience at Duke. "Future research should investigate when and how temporary loneliness becomes chronic loneliness and figure out how we can intervene to prevent that from happening."

Reflecting on prior research in the field and lessons from this study, Steven Asher, study co-author and professor of psychology and neuroscience, said: "We know from previous research that loneliness is affected by how well people are accepted by peers, whether they have friends and by the quality and closeness of their friendships. An important next step is to learn whether helping lonely adolescents make less negative interpretations in social situations will facilitate the development of more satisfying relationships and promote lower levels of loneliness."