Wish I had found you earlier!

Greetings all! I'm new here, but unfortunately, not new to living with a difficult child. Here's my story, I'll try to keep it as succinct as I can. =)

It's just been my kids and I since they were very little and my ex decided he didn't want to do the family thing after all. My son, T, was 1.5 and daughter, B, was 6 months and I had undiagnosed postpartum depression (I didn't figure this out until much later when trying to research other health issues). Needless to say, it was a very difficult time that was further compounded by the fact that I was active duty military and had no family nearby. I will not blow smoke and pretend that I was a great mother; I was young, had a stressful job and suddenly found myself a single parent with two kids in diapers and only one income. I'd love to say I did the best I could, but that wouldn't be terribly accurate and I know I made a lot of mistakes along the way. But I did grow and learn and, eventually, got to a place where I could say confidently that I was doing pretty darn good by my kids. This said, I still have that extra guilt because I know that my postpartum depression made it hard for me to bond with my daughter initially, which only compounded her biological propensity to have emotional and personality issues (her father is ASPD and another of his sons is, as well).

From a very young age I felt there was something not quite "normal" about my daughter. She seemed to permanently be stuck in the terrible two's, never learned from mistakes and punishment did not faze her in the slightest (other than petulance over being denied something she wanted). Everyone I tried to express concerns to poo-poo'd me and said she was just young and impulsive. As the years passed, she began telling outlandish stories, lying and stealing and never showed any remorse or concern, only anger at being caught. Everything was someone else's fault, or I didn't love her, or T didn't get in trouble like she did, and the list goes on. She hurt our dogs a few times and that is when I truly became concerned. Friends and family thought I was crazy and accused me of unfairly giving up on her if I mentioned wanting to send her to live with her father. T suffered because all of my time, money and attention was focused on her 24/7 just trying not to get thrown in jail by the school system (skipping constantly, verbally abusing teachers, destroying property) and not losing my job because of missed time when she refused to get up and go to school... He acted out briefly, I guess in an attempt to get some attention, but settled back down and stuck to just despising B for all she was putting us through.

She stole from us, lied, was extremely verbally abusive, completely disregarded our privacy/rights, disappeared for hours on end, refused to go to school and basically did whatever pleased her without concern for the ramifications. She was unapologetically callous, laughed if we cried or showed any pain, knew exactly how to hurt us and make us miserable. Worst of all, she only treated us this way, anyone outside the home saw a sweet, adorable little girl. Through it all, the School system, my family, my daughter and anyone who thought they knew anything about us blamed me and felt I must be a deficient parent and allowed her to skip school. I felt horribly alone and considered giving up because I couldn't live like that anymore. Thankfully, the thought of what it would do to my son stayed my hand...

I spent so much time trying to find help for her, but the crappy state we live in has no resources for parents; I just barely qualified for a few free sessions with the county mental health where they unofficially diagnosed her with ODD, did a few art sessions where she lied her butt off and told the counselor what she thought she wanted to hear and I was told she should continue the therapy. I did not have insurance and could not believe they expected me to pay out of pocket for a therapist to watch her make crafts and tell crazy stories when I barely kept afloat as it was.

Eventually, I filed an out of control warrant on her for her truancy because my pleas to the school, school board, local police, court designated workers and social services went unanswered. There was nothing they could do because she always made sure that she did not get into any trouble outside the home; she once told me that she only acted nice to everyone else because she wanted them to like her so they would believe anything she told them. She did end up spending one night in juvenile lock-up and was put on probation for 6 months. During that time she went to school (nothing else changed) and the day after the probation was finalized, she quit going again. She ended up graduating from the alternative school after she realized I was serious about kicking her out on her 18th birthday if she didn't go back to school.

After graduating, she and my mother (who believed that I had always played favorites and been unfair to B) decided she would move in with my parents and work at a job she found near them. They helped her out, didn't charge her rent and let her be an adult; my sister and her husband helped her get a car and cosigned the loan. Suddenly, they are venting to me about certain behaviors (I want so badly to tell them to shut up like they did to me all those years, but I don't) and before I know it, she is back in my home and none of them are speaking to her. Now that I've had a taste of the peaceful, drama free home my house can be, I'm ready to start detaching and work towards having her move out... Future posts will most likely be centered around this process.

Sorry, not so succinct after all. If you've read all of this, I commend and thank you. It is nice to know that for once my story will be heard by others who know the hell that someone you love can make of your life.
B

Hi there.
I guess the family learned the truth. They usually do. All it takes is for them to live with the Difficult Child and find out first hand.

Glad you are not going to let her stay with you as she sounds like, unfortunately, she may have inherited some genes from her father and half-brother.

Read the post about detaching on top of this page. It's good!

You may need to detach from some of your family too if they cause you grief or bother you too much about their own bad choice to enable your daughter or if sister demands you pay for daughter's car that they bought her and signed for. What s he did to them when they tried to help her is not on your head. You warned them.

Welcome to the forum!!!

Thank you for the welcome.

The one good thing that came of the situation with my family is that they did apologize for not understanding/believing me and assured me that they hold me blameless. They definitely do see more clearly now as they couldn't make it 2 months with her, but we've endured 19 years!
B

I'm really glad that you have support now. That's good. It will be easier to do it with family behind you

Keep posting. It does help, I think

Staff member
Welcome TornMama, your story is all to familiar. I'm so glad you found this site. You will find much needed support and advice from others that have been where you are. You will see from my signature that I have been through very similar chaos as you.

I'm glad that you recognize that you need to detach, that in and of itself is a huge step. There is an article at the top of PE on detachment, I suggest you read it and re-read it, many have printed it out.

It's very helpful to read through other posts, it can help you gain perspective not to mention it's just nice to know you are not alone in all of this.

It's not uncommon for family members to treat you the way they did. They just do not understand what it is like to deal with a Difficult Child. Many times they blame us the parents. Now they see exactly what it was like for you.

I wish you all the best as you start to journey down the road of detachment. Stay close to this site and let us know how things are going.

Also, Thank You for your service to our country. 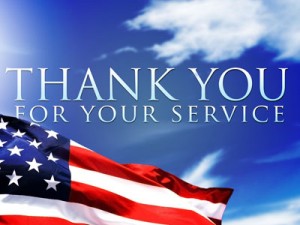 Glad you found this forum, too. Sharing notes about your detachment process will benefit you, as well as many others.

Your story does sound very familiar.

The folks here certainly "get it".

I did not discover this wonderful place until my difficult child was 32yo.

Post every day and see how much empowerment you will start feeling!

TM, welcome and be assured you are not alone. As I read your description of your daughter and the grief she has given you, I could definitely relate because my difficult child displayed many of the same acting out behaviors. She, too, could turn it it on and off like a switch.

Every situation is different, but we all share in your pain because we would not be posting on this site otherwise.

Detachment can be a slow process. It also can progress, then as circumstances change, it can regress or adapt. You will find it helpful to read posts from other wounded warriors. I even can go back and read my own posts from the past, and gain new insights that I might've missed the first time around.

I can say that psychiatric therapy has helped my daughter probably more than anything. Maturity also plays a big role, as well as being on the correct medications (IF they choose to comply), & especially the people they surround themselves with.

Let us know how you're doing.

Thanks everyone, I feel better knowing that I have this resource... I'm sure I will need it!

Glad you found us, TM.

Your daughter will likely ramp up when she finds that you are serious about getting her out of your house. Keep posting your progress. It helps and we are here to support you.

Lunar Eclipse and my cat