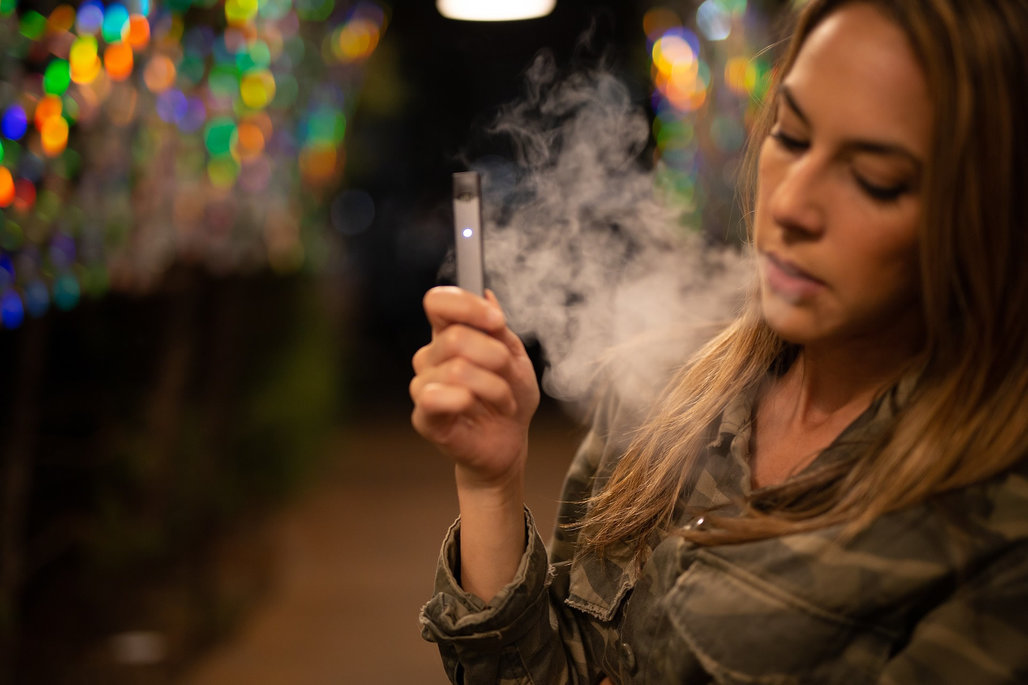 According to the Centers for Disease Control, EVPs remain the most popular tobacco product among U.S. high school students, and current EVP usage in this population increased nonlinearly since 2016.

"Vaping has reached epidemic proportions among U.S. youth," said Andrew Adesman, MD, senior investigator of the study. "Our study not only expanded upon previous studies examining teen vaping and drug use, but we also investigated novel associations between vaping and various sexual risk behaviors. In this analysis of a nationally representative sample of U.S. teens, we found that vaping was associated with engagement in sexual risk behaviors such as early sexual debut and alcohol use before sex."

In 2017, 6.5% of U.S. high school students used only EVPs in the past 30 days, 2.8% used only cigarettes, and 6.5% used both products. EVP use only and dual use were associated with a greater likelihood of engagement in nine of 10 sexual risk behaviors compared to non-users. Prevalence proportions did not significantly differ between EVP-only users and dual-users for seven of 10 behaviors. Past 30-day EVP use at any frequency was also associated with a higher likelihood of engaging for nearly all risk behaviors examined. Occasional EVP users were similarly likely as frequent and daily users to engage in all 10 risk behaviors.

Past research has shown that high school EVP users are more likely to engage in certain risk behaviors. However, the association of current EVP usage and EVP usage frequency with specific alcohol and drug-related risk behaviors has not been studied using a recent national sample.

The study found that cigarette, EVP and dual use were associated with greater likelihood of engaging in 12 of 13 substance-use behaviors compared to non-users. Dual-users were more likely than EVP-only users to engage in 12 of 13 behaviors. Past 30-day EVP use at any frequency was also associated with higher likelihood of engaging in nearly all risk behaviors examined. Occasional EVP users were similarly likely as frequent and daily users to engage in 11 of 13 behaviors.

"We found that vaping was associated with a wide variety of substance-use risk behaviors, ranging from prescription pain medicine misuse to binge drinking," said Devyn Rigsby, principal investigator of the study. "Somewhat surprisingly, for the majority of substance-use risk behaviors examined, we found no difference in the likelihood of engagement in these behaviors when comparing teens who vaped occasionally, frequently or daily."

Dr. Adesman added, "Although vaping was strongly associated with many substance-use and sexual risk behaviors, we were surprised that, in general, teens who vape only occasionally were no less likely to engage in these risk behaviors than teens who vape frequently. Initiatives to reduce youth substance use and youth engagement in risky sexual behaviors should include efforts to reduce teen vaping at all frequency levels."

The PAS 2019 Meeting brings together thousands of pediatricians and other health care providers to improve the health and well-being of children worldwide. For more information about the PAS 2019 Meeting, please visit http://www.pas-meeting.org.

Disclaimer: This article is not intended to provide medical advice, diagnosis or treatment. Views expressed here do not necessarily reflect those of ConductDisorders or its staff.
You must log in or register to reply here.
Top