So my sons case of 100 years went to court yesterday and I was surprised he didnt call me with the results but didnt have much time to think about it. Here is a list of what is going on in my life that Bart doesnt know about because he never asks. If it isnt about him, he isnt interested and things go in one ear and out the other and on top of that parents should always make time for their "kids" even if they are 40.

1. Rescue dog needed his first vetting
2. We still have a lease on the apartment we lived in before we bought the house. We have five days to throw out our junk, bring more good stuff over to the house and have the final walk through. Jumper, Hunter and Sonic have been helping us nonstop so after cleaning, we usually treat them to dinner and chill out and may not be done until 7pm. Jumper is doing this on days when she is off but either worked 12 hours the day before or may work 12 hrs. after. So we refuse to be short with our sweet helpers. Is this wrong? I dont think so.

3. Evening time is always me and husband time from 7 up. He knows this. I am not at my best at night anyway.

The move has been stressful.

So Bart calls yesterday but not until 7pm. He said not to rush him off the phone, this was a LONG story and I needed to supoort him no matter what most of all, I had to give him a lot of time so he could tell it HIS way, which means every little detail. No highlights. Every single detail.

I asked him why he called so late. He had all day. He can call from work whenever he likes (and does). I actually could have taken time yesterday.

He said are you going to listen or not?

I asked how long the story was.

He said was I going to give "your son" time or not. He wasnt going to just give me the juicy morsals. I had to be willing to listen to the whole thing or nothing. He told me I never wanted to just listen to him vent. All I wanted were the big details and for him to condense everything. He said it like it was a horrible thing.

I glanced at husband who had put our movie on.pause. We had been apartment cleaning and packing today and were both tired. Sonic and Jumper couldnt help us that day so it had just been us.

Son interrupts me all the time and refuses to wait for another better time or for me to call him back. Jumper is sick of it. She told me many times to just let him go.

I cant. But I get her point.

Hub isnt too found of him either.

A hang up is three days when I wont pick up the phone for him.

I dont want to anyway. We have very little time to spare right now and he refuses to condense his stories. He doesnt know what is going on in my life, doesnt ask, doesnt care.

Its like I have two families....me, hub, Jumper, Hunter, Princess, Baby and Sonic and me and Bart. I dont even know if Grandson was ever told that he has two aunts and an uncle who would be very kind to him, in spite of Bart. It doesnt matter. He wont introduce his son to the others (shrug).

I know worse things are happening to members here. I was annoyed but not that upset. I was more shocked.

Thanks for letting me vent. I am sure he will call me at a better time and tell me, not that I can do anything about the court. I am sure it isnt good news. It never is.
Last edited: Jul 26, 2018

Temporarily in the Magic Kingdom

SWOT - you and I are kindred spirits, I think! I'm so sorry your son has given you such grief. I am glad that you are putting your foot (or phone) down in order to give time to the things that need your attention (or that you want to give attention to). And even though there are other worse things going on, it is often the cumulative effect of the "little things" that add up to one big stress.

Same with our daughter the other evening. She knows no 'time boundaries'. When she was overseas she didn't care about the time difference....I should be up and ready to talk with her when SHE is ready. We have removed our landline from our bedroom. I refuse to answer it once we have gone to bed. She does not have my cell number any longer because she abused the privilege.

With her recent drama, she called on Monday after hubby and I had just gone for our massage appointments and were going to settle down to watch a program in the evening. She kept me on the phone for 3 hours - and finally at midnight I was making our lunches for the next day. So much for accomplishing anything. The following evening, she called at almost the same time. I left the phone in our computer room, closed the door and told hubby we were watching our show. If it is a true emergency, I can't really help as she is 1500 miles away and can easily call 911 herself. Otherwise, she can wait. Her phone calls eventually turn into a "you can't forget the past" and then the blame game starts. By the end, we've gone full circle.

It is the "instant" intrusion from them that forces us to have to instantly shift gears - it's not just a "Hi, how are you?" type of phone call. And the calls usually leave you mentally exhausted. You did just fine to tell him you couldn't talk long. He doesn't care about your timelines.

Next time, hide your phone or put it on silent while you are doing "me things"!!! It is very liberating!

How exciting to have a new rescue dog - hope he/she is doing well. What kind of dog? We have 2 big rescue dogs!

I'm sorry. It's such a shame he can't just talk to you.

Were he and the mom married? I can't remember. If so, https://www.courts.mo.gov/casenet/base/welcome.do
click that if you want to know what happened in his case. You can look it up. If they weren't married though, it probably won't show...paternity actions generally don't.

FWIW, he really probably would just be venting. It's unlikely they got a decision recited from the bench. Judges usually take cases under advisement and issue written orders later.

Yes, they were married. Thanks lil!

There was no info available. I checked.

McDonna, I am used to this. Very fortunately, I have three great kids and one son in law to be who are very considerate and loving, an adorable granddaughter and a wonderful husband. So I never feel lonely.

It would be hard if Bart were my only child because although I am sure he loves me and he is in close to me as far as keeping in contact, he is really only interested in things that involve him. Example: Sonic, my mildly autistic son, just called to ask how our sweet rescue dog was after the vet appointment. Bart doesnt know we have a rescue dog. We told him, but it didnt sink in and he doesnt like dogs anyway. This is not a part of Bart's life, so he "forgot." Doesnt understand my love for my doggies anyways and dislikes pets.

But....he isnt on drugs, he has a very good joba house, a car and is a good father to his son. It could be worse. I really dont worry about him in the way that some worry. I know he can take care of himself. Still, the selfishness can be annoying.

In August Princess and Baby are coming up to Wisconsin for my 65th birthday. Bart doesnt ever go anywhere to see anyone. But again we are used to it.

I love him, warts and all. But I do have a busy life and cant put everything aside for Bart. He is certainly welcome to join in any faction of family life. I would never cut him out. My mom did that to me....and I never could make him feel the way she did to me. It is really his choice to stay apart from the others and he is who he is and I will always love him.
Last edited: Jul 26, 2018

Staff member
I'm sorry SWOT. I think you are more than patient with him. I understand he just wants you to listen but he also needs to be mindful and respectful of your time. Calling at 7 pm and expecting you to give your undivided attention is something I would not be happy about.
I'm so excited for you to be moving into your house. 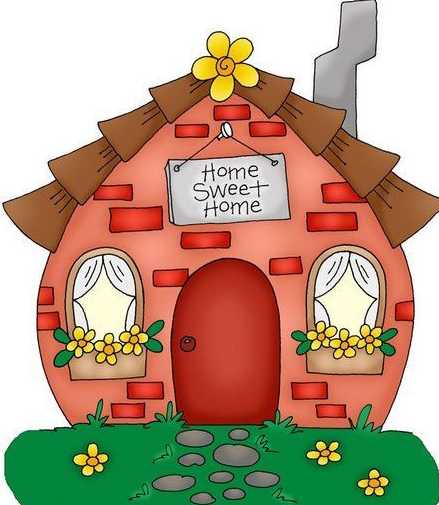 Thanks! It has been exhausting. We have one more day to finish.

My son was much nicer when he called back and I answered the phone!
You must log in or register to reply here.
Top